NeuroDiol™ Nasal Mist – AdvancedBiomeCorp.com™
View cart “CIRS KIT” has been added to your cart.
Orders placed on a Thursday or Friday and requiring cold shipping will not ship until the following Monday.
Orders placed over the weekend will not be shipped until Monday.
During the hot summer months, we recommend taking advantage of the cold shipping option to ensure product stability upon arrival.

Nasal Mist is the newest and most exciting product at ABC. We have worked hard to create the worlds first water soluble nano-full spectrum hemp nasal mist.   NeuroDiol™ has an added terpene profile which makes it even more advanced to support absorption and effectiveness of the Cannabinoids. Terpenes found in cannabis and hemp have been studied by the medical establishment for their healing powers and synergistic effects that are called the entourage effect. This is the effect in your body through various combinations of the cannabinoids along with these terpenes. Please consult your healthcare provider regarding use and dosage of this product.

Nasal Mist is the newest and most exciting product at ABC. We have worked hard to create the worlds first water soluble nano-full spectrum hemp nasal mist.   NeuroDiol™ has an added terpene profile which makes it even more advanced to support absorption and effectiveness of the Cannabinoids. Terpenes found in cannabis and hemp have been studied by the medical establishment for their healing powers and synergistic effects that are called the entourage effect. This is the effect in your body through various combinations of the cannabinoids along with these terpenes. Please consult your healthcare provider regarding use and dosage of this product.

Why CBD in a Nasal Spray?

Why CBD in a Nasal Spray?

NeuroDiol™ Nasal Mist delivery has 8 times better absorption of CBD then any oral product especially into the nervous system and brain! Absorption is also much faster such that effects can be felt in a little as 3-5 minutes after dosing using our NeuroDiol™ Nasal Mist. Therefore you can take a much smaller dose for the same effects. Due to the high vascularity in the nasal passage, the CBD goes right into the bloodstream and quickly to the brain where many conditions have been shown in studies to best benefit.

Oral absorption of CBD, on the other hand, is inconsistent and slow.

When you take CBD pills or swallowed drops through the stomach, the active ingredient must pass through your liver before being absorbed. This is called the first pass effect. One of the main jobs of the liver is to break up and metabolize anything we eat or drink.  That slows down and diminishes orally administered CBD effects considerably, and requires much larger dosing. This is why NeuroDiol offers both Suppository and Nasal Sprays which both bypass the first pass effect. Try either of them once and you will be convinced it is much superior to oral CBD.

What about vaping and smoking CBD

NeuroDiol™ Nasal Mist is much safer than vaping or smoking, and much better absorbed than transdermal creams or patches.

Vaping and smoking CBD dabs is a rapid way to deliver CBD with bioavailability similar to nasal CBD (Ohlsson et al. 1984). Vaping and smoking, however, expose the lungs to other harmful fumes that may be associated with lung disease.

Besides the health considerations, you can only smoke or vape in certain locations, whereas you can keep your NeuroDiol™ Nasal Mist handy anywhere you need it! 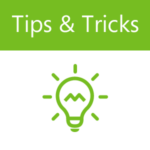 CBD research under review:
Many studies on the impact of CBD, Hemp, Terpenes and cannabis historically have  employed small sample sizes, which limits the data researchers can gather and the conclusions they can draw from it. As the volume of these studies grows, though larger studies there will be more data to conduct review studies on the effects and efficacy of cannabis and its components, including CBD and Terpenes.

Rather than conducting a new experiment, review studies collate and compare the results of previously published, peer-reviewed studies. This allows authors to work with what is effectively a larger data set and more confidently answer questions about the subject.

Oral absorption of CBD, on the other hand, is inconsistent and slow.

An Update of Current Cannabis-Based Pharmaceuticals in Pain Medicine

Science has a solid footing on  the neuroreceptors that CBD interacts with in the body and brain. We also know that CBD, Terpenes and Cannabinoids, derived from it, are effective in supporting some forms of epilepsy, including Dravet’s Syndrome and Lennox-Gastaut Syndrome.

CBD supports epilepsy patients due to its neuroprotective effects and calming effects on the central nervous system. (Ref) With CBD laws easing making it easier to study—there are also CBD-based drugs entering the market—researchers are digging further into the molecular mechanisms responsible for CBD’s apparent seizure-reducing properties. (Ref)

Consult your health care provider before starting this or any other product on this site.

Dosage and Storage Instructions:  To start, we recommend 1-4 Sprays in one or each nostril every 2-4 hours.  Store in cool dry area.

Besides the health considerations, you can only smoke or vape in certain locations, whereas you can keep your NeuroDiol™ Nasal Spray handy anywhere you need it! 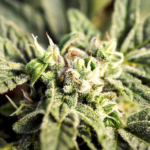 Terpenes: These are the NON psychoactive components in cannabis. They are the fragrant essence of ALL essential oils! They give plants their unique smell and they also hold the healing benefits within the plants. Terpenes have been studied extensively and they are at the forefront of interest of the pharmaceutical companies due to the unique and safe profile they can have. Terpenes that are specifically shown to reduce pain, are anti inflammatory and reduce anxiety have been incorporated into NeuroDiol™.* These terpenes also have been shown to improve CBD and other cannabinoids utilization and uptake into the brain.*

Myrcene: is a terpene that occurs often in highly fragrant plants and herbs such as mangoes, hops, bay laurel leaves, thyme, lemongrass, and basil. Myrcene is produced by numerous cannabis strains, and some rodent-model studies have suggested that it might lend sedative effects. Main effects are Anti-inflammatory, Analgesic (pain relief), Antibiotic and Mood Elevation.*

Another place you’ll find myrcene is in mangoes. Anecdotal evidence suggests that eating a ripe mango prior to consuming cannabis may accentuate or extend the effects of cannabinoids; some have suggested that this is due to the fruit’s concentrations of myrcene, which is naturally synergistic with CBD and allows cannabinoids to more easily bridge the blood-brain barrier.

Limonene: is an aromatic cannabis terpene produced in the flower’s resin glands. In isolation, it’s commonly associated with fruity and citrus aromas. Inhalation of limonene vapor increases serotonin and dopamine levels in key regions of the brain that are associated with anxiety, depression, and OCD. Limonene’s potential therapeutic benefits have shown potential in the following applications: Elevated mood*, Stress relief*, Antifungal properties*, Antibacterial properties*, May help relieve heartburn and gastric reflux*, Improves absorption of other terpenes and chemicals by way of the skin, mucous membranes, and digestive tract* (Ref)

Alpha & Beta Pinene, as you might have guess it, has a strong scent of pine. Commonly found in conifer trees, parsley, dill, basil, and rosemary, alpha-pinene is easy to detect.

Both alpha-pinene and beta-pinene proved to be effective antimicrobial agents against bacterial and fungal cells. In 2011, alpha-pinene was tested as a potent treatment against a bronchitis virus that was previously hard to treat since antibiotics don’t work on viruses. Although not effective against all bacteria and viruses, alpha-pinene was shown in research to supports the immune system a wide range of these infectious diseases. More studies need to be performed to assess the effectiveness of alpha-pinene on all bacteria. (Ref)

Bronchodilator: In a 2011 study, alpha-pinene showed promise as a bronchodilator by opening up the upper respiratory tract (at low exposure levels) which can be helpful for people with asthma.

Memory: We’ve all heard of the forgetful stoner stereotype. The cannabinoid tetrahydrocannabinol (THC) plays a part in decreasing short-term memory attention. The alpha-pinene terpene, however, has been shown to counteract these memory impairing effects. Alpha-pinene plays a strong role in inhibiting acetylcholinesterase activity in the brain, which helps you retain memories more efficiently. (Ref)

Antidepressive & Analgesic Actions of limonene, α-Phellandrene, and in a Neuropathic Pain Model (Ref) 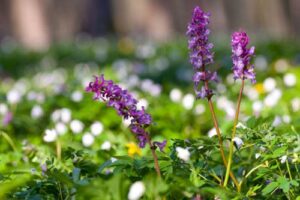 Linalool: is a naturally occurring terpene found in many flowers and spices including lavender and coriander. It gives off a complex yet delicate floral aroma, and while its effects are myriad, it is in particular one of the substances used most widely to reduce stress. Humans have inhaled the scent of certain plants, including many containing linalool, since ancient times to help lower stress levels, fight inflammation, and combat depression.* Linalool has been the subject of many studies, including a recent one in which scientists allowed lab rats to inhale linalool while exposing them to stressful conditions. It was reported that linalool returned elevated stress levels in the immune system to near-normal conditions. Linalool’s Effects and Benefits include anti-anxiety, Antidepressant, Mood Elevation, Anti-inflammatory, Anti-epileptic and Analgesic.* (Ref)

Advanced Biome Corp does not sell or distribute any products that are in violation of the United States Controlled Substances Act (USA CDA). The company does sell and distribute hemp-based products.

The statements made regarding these products have not been evaluated by the Food and Drug Administration. The efficacy of these products has not been confirmed by FDA-approved research. These statements have not been evaluated by the FDA. These products are not intended to diagnose, treat, cure, or prevent disease or medical conditions. The products and information found on AdvancedBiomeCorp.com are not intended to replace professional medical advice or treatment. Individual results may vary. Advanced Biome Corp urges you to seek the advice of a qualified professional for any health concern, and to share with your provider any information pertaining to your health and well-being, including the use of supplemental nutrition. We try our best not to make mistakes; however, if typographical errors appear in our site, we cannot be held responsible. All information presented here is not meant as a substitute for or alternative to information from healthcare practitioners. Please consult your healthcare professional about potential interactions or other complications before using any product. The Federal Food, Drug, and Cosmetic Act require this notice.

There are no reviews yet.

Be the first to review “NeuroDiol™ Nasal Mist” Cancel reply